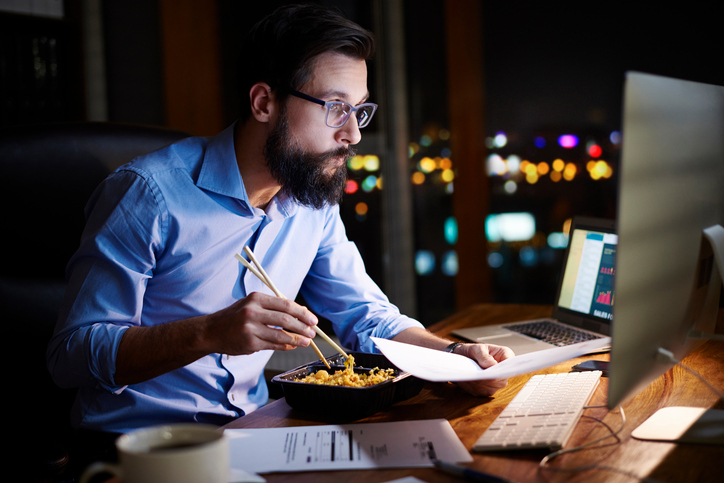 Multitasking is something that even the best of us can’t avoid. We answer the phone while making dinner, we respond to an email while listening to a podcast, heck we even talk on the phone while driving a car.

In reality, your busy life likely doesn’t allow you to do one single task at a time, although for many of us that would be preferable. Work alone gives you more to do in a single day than most people can reasonably accomplish. When you add in the other obligations from “real life”, the temptation to do several things at once is ever present. So much so that very few of us actually do one thing at a time.

And one might wonder, is that even reasonable to expect?

People like to think the word multitasking is associated with other words like “productive”, “doer”, and “go-getter”. But, truthfully, multitasking has many synonyms that raise other negative connotations like “distracted”, “unfocused”, and “inattentive”.

When we try to spread our thinking too thin, we’re simply not as good as we wish we were.

It turns out that many of the benefits of multitasking come from simply believing that you’re getting a lot done.

Researcher Shalena Srna of the Stephen M. Ross School of Business at the University of Michigan shares that, “Regardless of whether people actually engage in a single task or multiple tasks, making them perceive this activity as multitasking is beneficial to performance.”

So in the game of “feeling accomplished” part of the actual benefit of multitasking is achieved by simply believing that you’re getting a lot done. In this realm, magical thinking can help. If you’re someone who makes a daily task list and at the end of the day you feel relief by seeing all of the items checked off, you are likely someone who benefits from believing it’s working.

Now, if those check marks mean nothing to you because tomorrow’s list is equally as long or frenetic as today’s, then you’re not likely someone who benefits from this kind of reflection. For you, the challenge of having a lot to do is a weight on your back that you need a strategy to fix.

Multitasking also gives you a hit of dopamine, which in regular doses, make you feel good.

According to Psychology Today, “Dopamine [is a neurotransmitter] that helps regulate movement, attention, learning, and emotional responses. It also enables us not only to see rewards but to take action to move toward them.”

The problem is, when we train our brains to get that hit of dopamine through multitasking, we’re also training our brains to think and act like an addict. According to neuroscientist and New York bestselling author, Daniel Levitin, “Multitasking creates a dopamine-addiction feedback loop, effectively rewarding the brain for losing focus and for constantly searching for external stimulation.”

So what’s good about dopamine is also bad.

In the research, that’s all people say is good for multitasking!

Yet we’re all doing it. Which leads me to question what’s really going on. Is it as simple that as a culture we’re addicted to doing a ton all at once? Because, after querying every person I spoke to today, every single one of them is guilty of using multitasking as a coping skill for managing their insane lives.

Yet, the experience of an entire day spent multitasking is exhausting.

Is it multitasking or task switching?

When people think of multitasking, they think they’re doing two things at a time. But technically multitasking is rapidly switching between tasks, not really doing two or more things at once. The issue with performance comes into play when you consider that your brain actually has to stop doing one thing in order to move to another. The act of rapidly starting and stopping over and over again is what tires your brain out and increases your overall feeling of exhaustion.

But that’s not all that’s going on. To make matters worse, you also experience a hangover of sorts between the tasks. Like your brain still has tentacles in the past task as it moves to the next one. Unresolved or “in-process” tasks don’t just release their hold on your thinking when you move to the next thing. They linger and almost bleed into the next moment, only your actions (maybe even merely your intention) is to let those things go and move into the next moment.

It doesn’t always work that way.

Consider the multitasker who reads email and posts on social media at the same time. If an email is complex or upsetting, you don’t clear the thoughts out before going to your Facebook account. You take that emotion with you and apply it to whatever you see on Facebook.

That’s why the word tentacle feels so right here; you have bits of the past moving with you into your next action. When those things are good, you feel good. When they’re bad, you feel bad.

You are a whole person, so the risk of chronic multitasking is not just to your brain, it’s to your whole being.

You are more than just your mind. You’re also a body having feelings and experiences every moment of every day. From that perspective, it’s important to recognize the challenge chronic multitasking can have on your productivity because you’re never really free to think, feel, or experience things without being tethered to what you attempted to do in the previous moment. 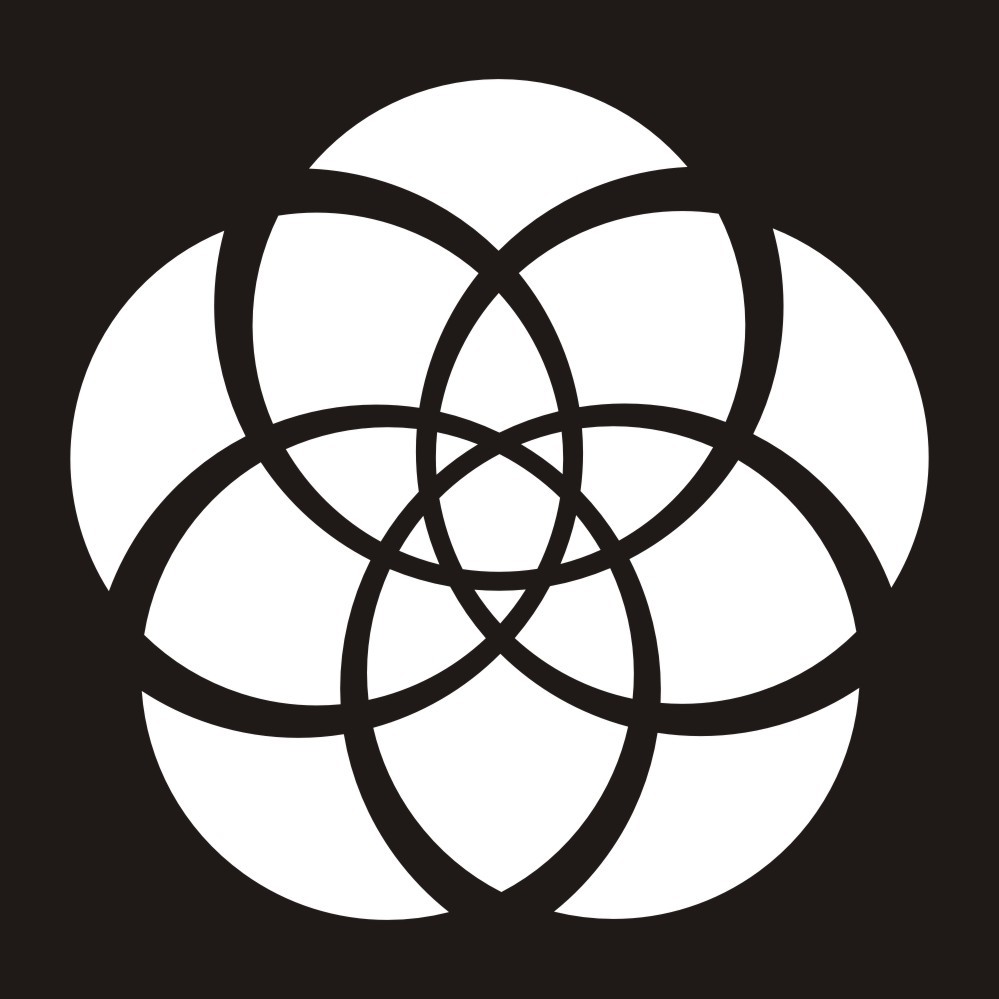 But make no mistake, you’re not really doing lots of things at the same time, you’re really moving between concentric circles of tasks. Those actions feel a lot like this picture, where every moment flows into the next instead of cleanly moving in a cut and dry way to the next.

That is a big part of why chronic multitasking wears you out over time. Because your whole being is tethered to both the future and the past.

So what can you do?

You can start by honoring what is actually going on. If your habits are to do a million things at once, never releasing anything before fully moving to the next, then you have little bits of the past and unfinished business living in your present moment.

This is true for us all. Very few gurus live in a way that the past NEVER bothers them, and gurus are the gold standard we’re all measuring ourselves against. In real life, we all have these deep connections to our past as well as our goals and dreams for the future.

And, it’s by no means limited to your work life. Family, health, relationships, personal goals, your self-esteem… all of it is impacted by this constant flow of doing.

And further, I can’t see how a real person ever truly escapes this, except for one moment at a time.

That is the gift of writing this piece. It has allowed me to let go of the need to somehow magically stop being a real person. I find it funny that when we reference multitasking that the research is all about technology. Aren’t we multitasking when we listen to music and work in our garden? Or make dinner and sing a song?

So really, the risk we’re concerned with isn’t the everyday multitasking, it’s the usage of your phone and your computer at the same time. Or your tablet and the television at the same time. Limiting those things can certainly help, but the real answer lies in understanding there is more going on here than just the technology you’re using.

That’s what seems to be missing in the research. We’re missing the connection to the rest of your being when we label multitasking as a bad thing. And in the scope of your whole being, many of the conventional solutions don’t work. They are helpful for sure, but they don’t address the whole picture.

If you want to limit the negative effects of multitasking, the following holistic approach can help:

This is the deal, we all multitask. This isn’t some newfangled thing that’s on the horizon. It’s how we live our lives.

If you want the feeling of exhaustion you get from a day of multitasking to go away, you have to look at it in a deeper way. And of course, quit doing those things that tear you away from the moment. Paying attention fully isn’t always easy, but it is one of the most magnetic things on the planet. As a business owner, actually getting something accomplished fully feels great. Finding the time to actually do that without being pulled in a million directions is the very practical challenge we all face.

So can we really get away from multitasking? I’m not sure. Even if we do all of the things above, life often comes at us like a freight train causing us to feel like the only way to get it all done is to maximize how we spend each and every moment.

But, living that way over time does have a price.

Here’s hoping you were able to read this piece from top to bottom without being interrupted. If you care to, please share your comments below on how multitasking affects your life to further the discussion along.