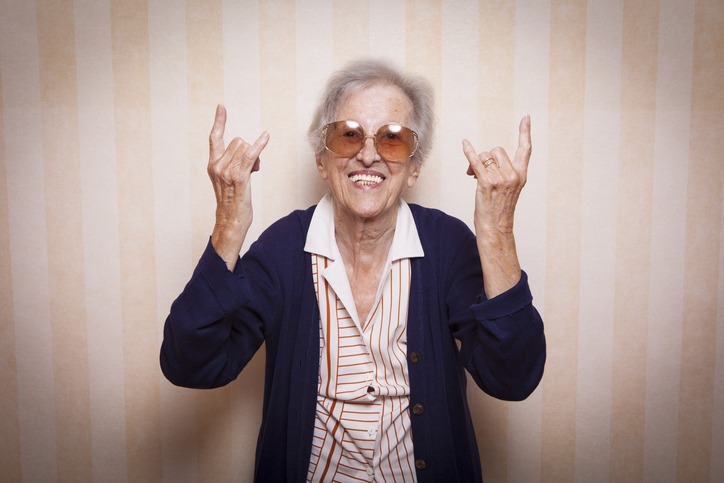 The use of slang is inherent to language. And while it’s generally perceived as lowbrow and detrimental to civilization as we know it, slang words actually have a beneficial effect on language. It gets people’s attention. It causes the listener or the reader to question what’s being said, either because it’s confusing or because it’s relatable. Slang inspires judgment, both good and bad, but at it’s best, it shakes the reader’s attention up like a snowglobe, causing them to pause and pay deeper attention.

And isn’t that what we’re all trying to do with our headlines? We’re trying to grab the reader’s attention from the myriad of other choices they could pay attention to, and really focus on us.

So how do you use it? What’s hip today and can you use slang words in written form or is it limited to conversation?

Let’s start there. Even amongst those who are hip to using slang, the consensus seems to be that it’s alright for the spoken language but one must not dare use it in a written communique.

Oh, how times have changed.

If it ain’t broke, should you fix it?

The information age has changed every aspect of our lives and the way we communicate. Staunch grammar rules have fallen by the wayside and the goal of the game is to make readers click on your article. Changing your approach to headlines and the way you write them is not only acceptable, it’s necessary.  Necessary for reaching new audiences and necessary if you want to stand out from the crowd.

Sure writing the same type of headlines is fine and if it ain’t broke don’t fix it. Right? Some may even argue that any deviation from your formula can have a detrimental effect on the perception of your brand.

But what about the idea of opening your brand and your business up to a much wider audience? Marketing pundits everywhere would agree that unlocking your content for broader audience could take your marketing strategy to the next level. And using slang words in your headlines might just be the tool you need to make that happen.

The significance of headlines

Creating great headlines is the most important part of your content strategy. In the endless stream or scroll of news, articles, videos, and photos, you have a very small window of opportunity to grab the reader’s attention.

A good headline will grab their eyen and a great headline will determine whether or not he/she will read your content. And make no mistake, the competition is fierce and readers are discerning about how they spend their time on the internet. How discerning are they?  Research has shown that only 2 out of 10 viewers will even read your content. And chances are those 2 out of the 10 are only compelled by great headlines.

Where is the water cooler?

Making the appeal to a broader audience may require a bit of thinking outside of the box.

To get a better sense of who you’re talking to it’s important to know where Millennials and Generation Z are hanging out on social media. While it’s tempting to think that younger generations have migrated to platforms like YouTube and Instagram, forsaking the likes of FaceBook altogether, that’s not quite the case. Research shows that users ranging in age from 18-29 are still using FaceBook in great droves, in addition to other platforms such as Instagram and Twitter.

So while younger audiences can be found on every social network, getting them to click on your article may mean using language that is enticing to them.

Using trendy slang words can help to bridge the generational gap, but remember to tread lightly here. You want to appeal to a broader audience but not to steer so far off course that you become unrecognizable to your loyal readers.

How to use slang words in your content and headlines

Using slang in content marketing is a great way to add a new and hip edge to your content. While coloring inside the lines is never a bad thing, adding a few punches of color can keep things exciting and fresh. The use of select trendy slang words will add a colorful dimension to your content, and who knows you might even teach some old dogs new tricks.

Here are a few excellent examples of using trendy slang words in headlines:

10 Things That Make Men Catch Major Feelings For You – Catching feelings” is a trendy slang phrase that basically means you are starting to like someone in a romantic way. The ‘major’ part emphasizes this and a younger reader might be intrigued just to see what this post is all about.

5 Ways Letting Go Of Your Toxic Relationship Can Save Your Life -“Toxic” has become a huge buzzword over the past couple of years, using it in your headlines is still a good idea.

13 Signs He’s Salty That You’re In A Relationship (Because He Wants You For Himself) – Salty means irritated or aggravated, (there is also a lighthearted and funny connotation to it.)

Using trendy slang words can be a great opportunity to improve the clickability of your headlines. The caveat here is that if you aren’t sure exactly what something means, don’t use it. Botching a headline with the wrong word will cause a substantial blow to your credibility. Always make sure you understand exactly what a slang term and that you’re using it correctly.

When should you use slang?

If you want to consider using slang words in your headlines (or even in your content) there are two things you need to keep in mind: context and your audience.

Context and audience are exactly what they sound like. And in this exercise, you’re looking to match up the topic, audience and slang terms.  If you’re a therapist, for example, it’s perfectly alright to use the term “toxic” if your content is a piece about unhealthy relationships.

The context of the piece and its intended audience go hand in hand.

For example, let’s take the rapper Kendrick Lamar, an artist known for his socially-conscious lyrics that resonate with a younger hip-hop loving audience.

The term “woke” is defined by Google as a verb – past of wake, but also as an informal (slang) adjective – alert to injustice in society, especially racism. We’ll use this term as it is a perfect way to describe Lamar’s lyrics. Crafting a headline about the rapper can be constructed as 3 Ways Kendrick Lamar’s Woke Lyrics Inspired a Generation to Denounce Social Injustices.

Not sure what trendy slang words to use? We’ve got the tea…

Mood – this is used to describe how you’re feeling, it is usually partnered with an image or video.

Ghost – disappearing on someone, especially in regard to someone you briefly dated.

Shook – scared, shocked, surprised. “That loud noise had me shook!”

Fire – really cool, looks good, overall good experience. “That outfit you have on is fire bro.”

Flex – showing off, “why you flexin’ out here with that Rolex?”

Swerve – to avoid something, avoid an unwanted situation

Extra – acting too rambunctious/illogical. “You didn’t have to throw the drink at me, why are you acting so extra right now?”

Lowkey – under the radar. “Lowkey, I think that girl is kinda cute.”

TBH – to be honest

Spending any amount of time scrolling on the internet will clearly show that the days of hard and fast rules for grammar are long gone. Using slang is no longer frowned upon, in fact, one may say it’s now recommended. By doing so, you create interesting headlines and cast a wider net to a new audience.

One last note: While it okay to shake things up every so often, there are some things to keep in mind when using slang words in your headlines. Don’t use slang words for the sake of using slang words; that sounds trite and can feel like a put-down to the audiences who truly communicate in that language.

Always keep your audience in mind. And never forget to use slang words as a means of building engagement and always, always double-check the meaning of the slang words prior to publication. The last thing you want to seem is ignorant in the eyes of a truly educated reader.

Need help figuring out your writing strategy? We can help. Reach out for a private consultation to explore how business consulting can help your content marketing and social media strategy.